The July/August 2009 issue of JQ Magazine  featured brand new Novell platinum engagement ring style E2485-LC. This design will appear in a variety of Platinum Guild International advertisements in 2009 and 2010, and also be a highlighted selection from Novell’s upcoming bridal line.

Keep up to date with everything new about Novell by visiting the Novell News section on www.novelldesignstudio.com. 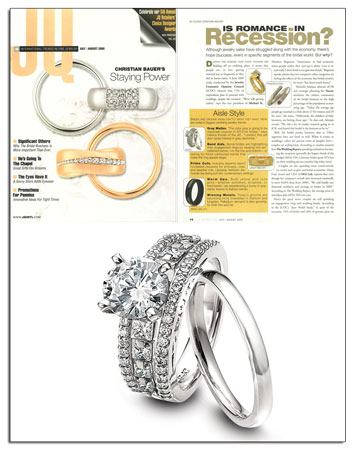