The December/January 2008 issue of Modern Bride featured Novell wedding band styles PE2347-LA, P1892-3LCC (one on each side of the engagement ring), and P1815-8GCC. These wedding bands have also been featured in Platinum Guild’s advertising campaign – “Your love has just gone platinum.” 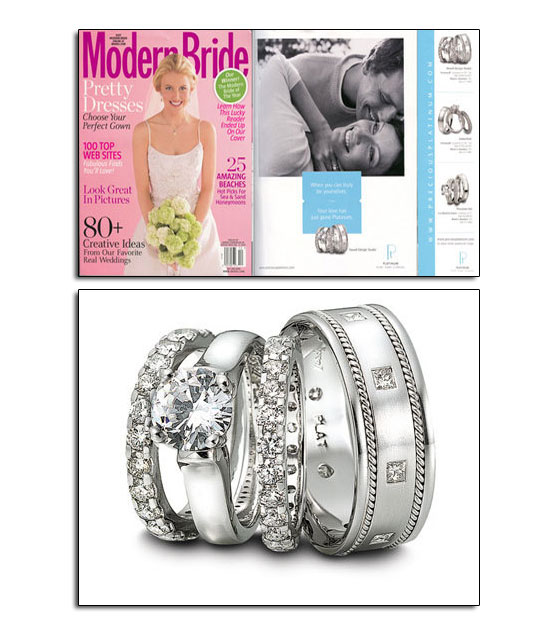